A Gift for MOTHER'S DAY (Sunday March 11th) - Did the MOTHERS in your family history have experiences like these?

by Ruth A. Symes 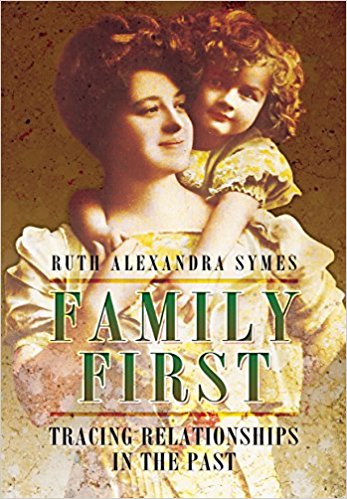 'Since it is physically possible for a woman to conceive at any time from four to six weeks after giving birth  (and because information on and understanding of contraception was limited)  there were many families in the nineteenth and early twentieth centuries where one child followed fast upon another.' Family First

Few women could match the fecundity of Mrs McQueen of Muckeanston, near Thornhill, Cumbria, who was delivered in October 1857 of triplets, then in November 1858 of twins and then again in September 1860 of twins. Seven children within three years!' Westmorland Gazette, Cumbria, 22 September 1860.

'A key question to ask yourself about your ancestor's experiences of childbirth is whether it might have been conducted by a doctor or a midwife.' Family First

'In those six years, I never knew what it was to have a proper night's sleep....'
M. L. Davis, No-One But a Mother Knows: Stories of Motherhood Before the War, 1815.

'The body of a child with its skull fractured, was found in a lumber room; but, although there were very suspicious circumstances in the case, a verdict of concealment of birth was returned, and Mr Justice Grove sentenced the girl to two years' imprisonment.'
Staffordshire Sentinel, Stoke on Trent, 28 March 1878.

What stories have you discovered about the mothers in your family?


[Use the comments box to tell us]

Husbands, wives, fathers, mothers, children, siblings, aunts, uncles, cousins and grandparents - these are the relationships that structure the family tree and fascinate the family historian. But how much do we really know about how our ancestors lived out these multiple roles? Buffeted this way and that by economic developments, legal changes, medical advances, Two World Wars, the rise of the Welfare State, women's emancipation and many other factors, relationships between members of our family in the past were subtly different to those of today and continually transforming. This book is both a social history of the period 1800-1950 and a practical guide on how to set about tracing and better understanding the relationships between members of your own family. What did it mean to be a father in this period, but also, how might you discover the father of an ancestor if his name is not mentioned on the birth certificate? What common ideas were held about the role of wives and mothers, but also, how were multiple births, stillbirths, abortions and infanticides dealt with in the records? What factors might have influenced the size of your ancestor's family, but also why were its children named as they were? Did pecking order in a family matter, but also, was it legal to marry a cousin, or the sister of a deceased wife? How long could people expect to live, but also what records can tell you more about the circumstances of your ancestors' last years? A final chapter considers relationships with neighbours, friends and club  associates.