'British Through and Through'  - Come off it!

The current unrest in Britain over the issue of immigration should remind us that few if any of us can really claim to be 'British through and through.' And, in my opinion,  family historians should be at the forefront when it comes to making this clear.

Huge numbers of our nineteenth- and early twentieth-century ancestors (not to mention those from earlier centuries 0 - were, of course,  immigrants from other European countries. Though officially labelled as 'aliens' from 1793 - unlike those arriving from the Empire and Ireland who could style themselves as 'Britons'  - newcomers from places such as Eastern Europe, Russa, France, Germany and Italy settled peacefully in their thousands in Britain's big cities. They brought with them skills essential in ensuring the success of industrialisation and Britain's status as the powerhouse of the world.

If you research your family tree back just a few generations, you are highly likely to discover that some of your  'British' ancestors were, in fact, born overseas. A column in the ten-yearly censuses (1841-1911), available to view for a small fee online at the commercial genealogy sites www.ancestry.co.uk, www.findmypast.co.uk and www.thegenealogist.co.uk, clearly gives that information. Scroll down the censuses to view your ancestors' neighbours and you will see that many lived in vibrant multicultural communities. Shipping passenger lists, also available on the avove-named online sites, will help you trace your ancestors' journeys to Britain, and coupled with a wider Internet search can quickly help you establish the primary reasons why they came here - whether to escape discrimination or persecution, as in the case if Russian Jews, or to share expertise in engineering or agricultural techniques as in the case of many German and Scandinavian migrants. 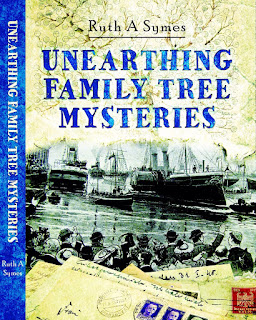 In local archives, you might find the names of your immigrant ancestors in the records of the local justices of the peace with whom (from 1793) they were required to register. The National Archives has a whole plethora of other records relating to immigration such as 'aliens' entry books,' the records of non-British churches such as the Swiss church in Britain and naturalisation papers. Check these resources out at http://www.nationalarchives.gov.uk/help-with-your-research/research-guides/immigrants/, or read Roger Kershaw, Migration Records (The National Archives, 2009). Another helpful website is the Find Your Roots section of the project 'Moving Here' http://webarchive.nationalarchives.gov.uk/20121205151033/http://www.movinghere.org.uk/galleries/roots/default.ht. If you are able to work out exactly where your ancestor came from and when, you might then move on to investigate further genealogical records in his country of origin.

DNA testing is, of course, a further exciting avenue providing evidence of geographical origins.  (See this video for an enlightening look at origins discovered through DNA testing http://www.momondo.co.uk/letsopenourworld/). But there be easier ways of detecting  an ancestor's different cultural roots. Have you noticed any unusual middle names on birth certificate, do inherited family recipes include unfamiliar ingredients, do family anecdotes include details that alert you to lives lived in far off lands?

All of this makes the point - which should, of course, be obvious anyway - that just about all of us in Britain are here as a result of immigration and that tolerance should be the keynote of our future as it was of our past. Family history is just another tool in the armoury for those of us perplexed, if not frightened, by the current turn of popular discourse on the subject of immigration.

For some fascinating stories of individual immigrants and emigrants, and more about the various sources that can help you in your own investigations, see my latest book, Unearthing Family Tree Mysteries (Pen and Sword, 2016).