Family History : Finding the Date of Easter in the Past

Dates of Easter in the Past

All kinds of family history records may state 'Easter' as a date in the past without being more specific. One family history researcher knew (from oral history) that her grandparents arrived in Britain from Germany on ‘Easter Sunday’ 1909, for example. Other stories recall babies being born around Eastertime, or people marrying on Maundy Thursday, or dying on  Good Friday. Family photographs and even letters can sometimes be dated by hand with the word ‘Easter’ and the year without any more specific details.
If you are faced with such a family history puzzle, it may help you to know that Easter is always celebrated between March 22nd and April 25th. But to find out the exact date of Easter in any specific year visit http://www.searchforancestors.com/utility/easter.html The website http://www.assa.org.au/edm.html also gives the dates of Easter Sunday all the way back to the sixteenth century and gives you a method for working out the date of Easter in any given year.  The site http://www.gmarts.org/index.php?go=413 gives the dates of Easter in the Western and Orthodox calendars for recent years and also provides a calculator for working out the dates of any Easter in the past.

Did your ancestor achieve any milestones at Easter ?

Email ThBlogThis!Share to TwitterShare to FacebookShare to Pinterest
Ten Tips for Getting More Out of  Your Family Marriage Certificates

Ten Tips for Getting More Out of Your Family Death Certificates

Tips from A House Through Time: What About the Neighbours?

Tips From A House Through Time - Was Your Ancestor a Lodger?

Tips from a House Through time: Finding Ancestors in Relevant Newspapers

Click to browse and buy Replica Suffragette Memorabilia Including Jewellery

Link to view/buy my books UK

Link to view/buy my books USA 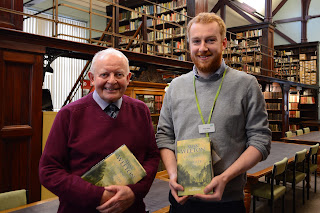 A book centred on a famous Lancashire diarist from the 18th century and her fascinating life has won an Alan Ball award.

Read More About the Book Here        Buy the book here


“Miss Weeton, Governess & Traveller” is based on journal entries and other writings by Nelly 'Ellen' Weeton a governess who grew up in Wigan Borough and had to overcome many challenges including domestic abuse.

The book was published last year by Wigan Council’s Archives and Local Studies service and was edited by local historian, Alan Roby. This is the first time a publication involving the borough archives team has won the prestigious award, which encourages local history publishing by public libraries and local authorities.

Terry Bracher, convener of the Alan Ball award judging panel said: “There were several high quality entries this year but we felt that Miss Weeton, Governess and Traveller is an outstanding publication with engaging content that is accessible to a wide range of audiences.


“Alan’s skilful editing and research for this new edition enhanced the reader’s enjoyment and is a story that can be appreciated by audiences across the country and beyond.


“The book is also physically impressive and the reproduced images are brilliant quality. Wigan Archives and Local Studies have been very active in local history publishing so we are especially pleased that this book has been recognised.”


Although there have been books published about Miss Weeton before, Alan’s version is a cut above the rest as he brings her story to a close in a single volume and provides unknown information by revealing how she died.


Alan said: “I first discovered the writings of Miss Weeton in the 1970s, and was immediately fascinated by her largely self-taught ability to write from an early age. Edward Hall, the editor of earlier editions was unable to complete her story as the place and date of Nelly’s death were only discovered in recent years as also was the demise of her estranged husband, Aaron Stock.


"My book is very different because it has a conclusion. Miss Weeton’s life post-1844, when she left Wigan to where and when she died was an important part of my research.


“It took three years full-time work to write and edit the material, with the assistance of the archives. It never occurred to me when I began that I would be the person responsible for bringing previously unknown knowledge of Miss Weeton’s fascinating life to the public.”


Nelly Weeton was born in Lancaster in 1776 but grew up in Upholland and Wigan. She took over the running of her mother’s school at a young age and denied a marriage proposal to support the family.


When she was persuaded into marriage she suffered serious domestic abuse at the hands of her husband but resisted and secured a deed of separation at the price of losing access to her daughter.


Councillor Carl Sweeney, portfolio holder for resources and reform said: “Ellen’s story is very powerful and I’m really proud of the service and of Alan who have worked extremely hard on this book to share her story with future generations.”


The book is available to buy from the Museum of Wigan Life, Wigan Archives, Leigh Town Hall, Amazon and Waterstones.

(Introduction written by Ruth A Symes)

Listen to Ruth talking about her books here

Listen to Ruth Talking About Her Books 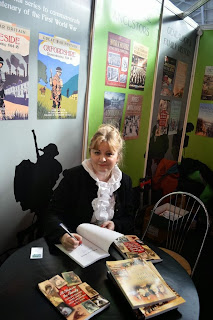