Little Emperors - Was Your Ancestor An Only Child?

Little Emperors - Was Your Ancestor An Only Child?

Click here for more on books by Ruth A Symes

If you are used to the pleasures of hanging more and more sibling names on the family tree, it can often be a bit of a surprise, and perhaps a puzzle, to come across an ancestor dangling from a branch all alone. But why might this have been the case? Does his or her ‘singleton’ status have any significance in the history of your family? And how can you check that he or she really was an only child?

Why Just One?
If your ancestor was an only child, he or she is likely to have felt a little unusual. Victorian families – at all levels – tended to be big. Indeed, there was a general feeling in society that to be an only child was an aberration that was in some way detrimental to the health and happiness of that child. The Bible described women as ‘fruitful vines,’ with the many children of the happiest families attractively portrayed as ‘olive shoots around the table.’ The late eighteenth-century philosopher Jean Jacques Rousseau had insisted that ‘the sweetest pleasures that exist are those brought about by domestic life’ and called for all middle- and upper- class women to bear at least four children, Many other great thinkers supported him in advocating a large family as the only proper end of marriage.

In such a climate of marital fecundity, only children tended to be pitied and even shunned. The fiercely independent fictional character Jane Eyre (1848) was tragically isolated in part by her status as an only child. Of course, many such youngsters had attendant miseries to bear. The majority had achieved their only child status because of maternal (or perhaps paternal) death or because of the death of other siblings. Percy Florence Shelley born in 1819 was brought up as the only child of the Gothic writer Mary Shelley, for example, because his three brothers and sisters died in early childhood and his father was drowned in 1822. Queen Victoria was the only child to result from the marriage of her parents Prince Edward Duke of Kent and Strathearn and Princess Victoria of Saxe-Coburg-Saalfeld. In fact, however, she had a half sister, Feodora, and a half brother, Carl, (both much older than her) from her mother’s first marriage to Prince Charles of Leiningen. Although fond of her sister, in particular, Victoria was brought up as if she was an only child and as the recent TV drama showed spent a great deal of time making imaginary friends of her dolls!


Researching the lives of your ancestors, through censuses and certificates, may well reveal that their experiences were shaped, positively or negatively, by their status as only children. My great-grandfather, William Symes (1855-1907), an only child, faced poverty as an agricultural labourer in rural Somerset in the 1880s. After the death of both his parents (and of a first wife and child) he was free of close familial ties – a situation which probably helped him to make the move over 200 miles North to Manchester where he became a carrier for the railways. William’s later life, also seems to me to have been shaped by his position as an only child. The 1891 and 1901 censuses reveal that as an adult he immersed himself in the large family of his second wife. His ten brothers- and sisters-in-law became his neighbours and work colleagues and he also fathered six children of his own, as if in an effort to surround himself with the kin that he had never had as a boy.
As the nineteenth century progressed, and national wealth grew, the size of families in Britain, as in other developed countries, shrank. By the early twentieth century, families of three or four children were replacing those of ten and twelve. But only children were still rare animals. Occasionally middle-class families chose to have just one child in order to concentrate time and resources on its education. A further reason for the phenomenon of the only child was the (occasional) later age of marriage for women. The Victorian poet Elizabeth Barrett Browning married at 40 and had just one son, known as ‘Pen’, at the age of 43. One of my own great-great aunts, a shoe-shop assistant, Lilly Terrell, born in 1887, was an only child. The mystery of why this might have been the case was solved when, on checking the 1901 census, I noticed that Lily’s mother, Rebecca, was six years older than her father, Charles, and would have been 38 when Lilly was born.


In the third decade of the twentieth century, more married couples started to actively choose to limit their families. Difficult economic times, between the two World Wars, led some parents to feel that they could afford only one child. With increasing equality in the workplace and a generally more emancipated view of life, many women chose to go back to work after one child. Chief amongst the reasons for the new smaller families, of course, was the better availability of reliable and inexpensive contraceptives from the 1930s onwards.
Only children have become much more common since the 1970s. Some are the result of the new tendency towards later marriages, some of infertility, marriage breakdown or of a conscious lifestyle choice on the part of parents. Economic factors continue to play their part in decisions about family size and it has been suggested that the provision of methods of birth control is one of the few industries that is booming during the latest recession!

Was my ancestor really an only child?

Unfortunately, checking whether or not your ancestor actually had any siblings can mean spending huge amounts of time trawling through parish registers or birth indexes for the areas in which your ancestor’s parents lived looking for the likely names and dates of the birth of siblings. If your family has a common surname, this can be very frustrating work – and, since it involves sending off for birth certificates, to check details –  can also be quite expensive.

The censuses from 1841-1911 (available now at many commercial internet sites) will show you whether or not your ancestor had siblings who were living at the same address when they were children. But, of course, it is possible that brothers and sisters were out of the house on the night that the census was taken and they may therefore not be recorded at their normal address. It is also sometimes the case that some children in a family (occasionally several) may have been born and died between the ten-year censuses and will, therefore not appear. My great-great grandmother, Lydia Cooke, appears to be childless in both the 1861 and 1871 censuses, yet she had actually had four children in-between-times who had died.

Helpfully, the 1911 census (sometimes known as ‘The Fertility Census’) required families to record how many live births there had been in the marriage and how many of those children were still surviving. It may be that your ancestor was an only child by 1911 because he had lost a couple of siblings earlier on.


J. A. Banks, Prosperity and Parenthood: A Study of Family Planning Among the Victorian Middle Classes, Gregg Revivals, 1993. 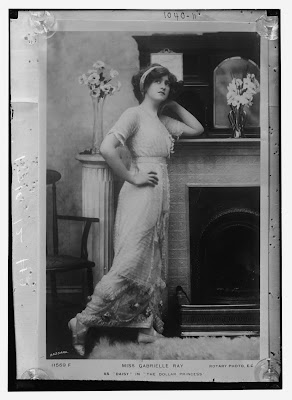