Strange weather for the time of year

If you enjoy this article, why not follow me for more creative approaches to family history?

'Strange Weather For the Time of Year'

Think the weather is turning a bit strange? Not feeling like August at all? Don't worry, it's not half so bad as it was 200 years ago. Spare a thought for our ancestors who really did spend a year without any summer at all. And suffered much more besides.

After the end of the Napoleonic Wars in 1815, our ancestors were probably looking forward to a few years of peace and prosperity. But on April 10 of that year, the Tambora (or Tamboro) volcano in Indonesia erupted to the tune of 7 on the Volcanic Explosivity Index – the largest volcanic eruption for nearly two millennia. Tambora was the last in a series of similar (though lesser) volcanic eruptions in the 1810s which occurred in the Caribbean, Japan and the Phillipines. Since they also happened within a period of unusually low solar activity, these explosions caused a ‘volcanic winter’ that had enormous consequences across the world. Over the next few years, rather than the hoped-for years of stability and prosperity, our ancestors were to face dramatic cold wet weather, food shortages, famine and disease. 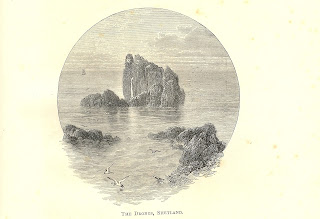 
The most immediate effect of the eruption of Tambora for our ancestors would have been the deterioration in the weather. A veil of sulphur gases emanating from the volcano wrapped themselves around the planet and limited the amount of sunlight that reached the ground. Temperatures across the Northern hemisphere began to drop dramatically. The 1810s were already the coldest decade in memory, but in 1816 the weather in Britain took a dramatic turn for the worse.


Early 1816 ranks as one of the coldest periods in Britain since records were first kept in 1659. Average global temperatures decreased about 0.4 - 0.7 °C (0.7 - 1.3 °F) and the average temperature in London that year was just over 13 degrees centigrade. Far more than the usual amount of rain fell in the summer with Ireland experiencing persistent cold precipitation for 142 of the 153 summer days between May and September. Snow fell in London on April 14th and again on May 12th, and, as late as September, the lakes in the capital were frozen over. Crews on ships arriving in Britain in June spoke of sea-ice near the Faroe Islands and there were snowdrifts in the Lake District in July. The dismal summer was followed by a bitter winter.


But, in 1816, poor weather may have been the least of our ancestors’ worries.  Crops could not grow in the low temperatures and the prolific rainfall caused what did sprout to rot before it could be harvested. There had been a number of poor harvests in the immediately preceding years, but this time, the consequences were worse: to put it plainly, Britain was in the throes of an unprecedented agricultural calamity.


Exacerbating the situation were the much-hated Corn Laws which had been enacted in 1815. These laws – which were essentially import tariffs on foreign grain -  limited what might have been an onslaught of cheap produce from abroad after the end of the embargo during the Napoleonic Wars. The prices of British grain were kept artificially high to protect the interests of British farmers. In fact, British grain prices doubled between 1815 and 1817 with the unfortunate result that the poor simply could not afford to buy bread.  Anger turned on those responsible for implementing the Corn Laws and on the rich members of local communities where the poor were suffering.


If your ancestor was a farm labourer left without employment due to the unseasonable weather or a soldier returning from the Napoleonic Wars without a job, he may have been one of the thousands across the country tempted to demonstrate outside grain markets and bakeries. Records from court Quarter sessions of the period (available to view in local record offices and searchable at www.nationalarchives.org) may show individuals on trial for rioting, arson, looting or worse.


On the night of May 22nd and subsequent evenings, in Littleport and Ely (Cambridgeshire), for example, a large group of men rioted over low pay, breaking into the homes of wealthy people and demanding money. Over eighty men were arrested and, after a trial in the Ely courthouse in June 1816, several were executed, some imprisoned and some transported to Botany Bay. Robert Crabb aged 40, for example was convicted of stealing from Robert Speechley of Littleport. He went to Ely Gaol for one year. The more aggressive 21- year-old, Richard Jessop, was convicted of the burglary of Joshiah Dewey of Littleport and the robbery of William Cooper of Ely. He was deported to Botany Bay for life.

There were many other riots across the country in places such as London, Bridport, Bideford, Bury, Newcastle Upon Tyne, Glasgow, Preston, Nottingham, Merthyr Tydvil, Birmingham, Walsall and Dundee. The causes were, of course, complex and diverse. But the poor weather, failed harvests and food shortages certainly played their part.


Bread riots in England, Scotland and Wales were nothing to the problems faced in Ireland. In 1816 and 1817, a state of near famine prevailed in the north and southwest following the failure of the wheat, oat and, significantly, the potato harvests. Potatoes were the staple food of the rural population of Ireland because this crop produced more food per acre than wheat and it could, therefore, be sold as a source of income.


As a result of the poor harvest and famine, many of our ancestors chose the years immediately following the eruption of Tambora to emigrate. In Ireland, 6000 unemployed agricultural workers, demobilised soldiers and sailors set sail for America in 1816 and within two years this number had doubled. Some were tempted to go to New Brunswick and Quebec (in Canada) – because the cost of the passage was lower. Most, however – took advantage of the very cheap rate of passage to Liverpool and ended up as labourers or servants in England and Wales. To trace the emigration of your Irish ancestors to the United States at this time see emigration books for Irish Emigrants in North America at www.ancestry.co.uk.


If your ancestor died in 1816, or soon afterwards, consider the fact that his or her death might have been due to a disease that spread as a consequence of the food shortages and consequent vulnerability of the population.


In Ireland, a typhus epidemic between 1816-1819 killed – even by conservative estimates - at least 50,000 Irish people. Typhus, also known as ‘camp fever’, ‘famine fever’, ‘gaol fever’, ‘ship fever’, ‘war fever’, and ‘spotted fever’ is spread by a human body louse which flourishes in situations of squalor, and under-nourishment, especially where people are wearing the same clothing for lengthy periods.


And typhus was not the only disease that can be indirectly attributed to the volcano at Tambora. Smallpox thrived in the conditions of close social contact and poor sanitation that existed in the depressed economic situation. In India, the delayed summer monsoon of 1815 had caused late torrential rains that helped the spread of cholera from a region near the River Ganges in Bengal. The disease travelled from India to Russia in 1817, reached Germany in 1830 and England in late 1831. Ireland was affected in 1832. 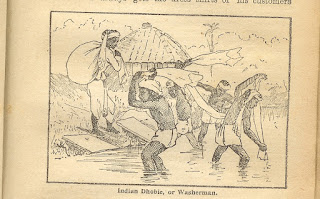 Finding out exactly how your ancestor died in the years before civil registration (1836) can be tricky; gravestones and parish burial records rarely record causes of death. But it is still possible to make an educated guess about your ancestor’s last illness. If you are searching burial registers, for example, look to see how many people in a particular village died at around the same time - unusually large numbers, suggest an epidemic. Local history books may also record the existence of an epidemic in an area at the time of your ancestor’s death.


Our early nineteenth century ancestors no doubt remained mystified by the downturn in the weather and their fortunes. In the days before the telegraph, word about what had happened in Indonesia travelled no faster than a sailing ship and in the absence also of sophisticated geological knowledge, few connected the eruption with what was happening in Britain. In 1815, most people knew nothing of the volcano on the other side of the world that was – in so many cases - indirectly responsible changing the direction of their lives.


http://www.smithsonianmag.com/history-archaeology/blast.html?c=y&page=2 Geologist’s Account of a trip up Tambora in 2002.


http://wapedia.mobi/en/Volcanic_winter On the phenomenon of volcanic winters throughout history.


http://urbanrim.org.uk/diseases.htm Infectious diseases in history, their causes and effects.