Did Your Ancestor Die of Swine Flu? (Britain in General)

Did Your Ancestor Die of Swine Flu? (Britain in general)

Ruth A. Symes investigates the consequences of the 1918 flu pandemic for family history 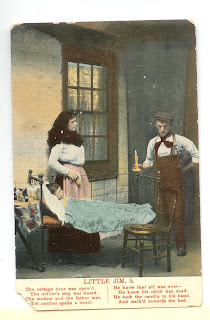 In 1918-1919, a devastating flu pandemic swept across Europe, Asia and Africa. Worldwide it is estimated that as many as 50 million people may have died. In Britain, the numbers were a startling 228,000 according to some estimates.  The virulence of the flu pandemic had enormous consequences for many ordinary British families. Indeed, once the 1921 census becomes available, many of us will find that our ancestors’ households had undergone enormous changes since the previous census of 1911 due as much to the flu virus as to the Great War itself. Many people were widowed and may later have married again; family breadwinners disappeared; large numbers of young children died; thousands of youngsters lost one or both parents and were adopted by other family members; household groups split up and moved to other parts of the country, and in some cases, out of the country altogether. In the space of less than two years, thousands of family trees changed shape and new histories emerged.

One of the attractive features of the epidemic from the point of view of family history research is that is an event that happened within living memory. Now in her late nineties, my great-aunt Renee was just five when she lost both her parents to the virus in Scarborough, North Yorkshire. Before she knew it, she was on a steamship sailing from Liverpool to Canada with two of her older sisters. Whilst two other siblings stayed behind to be brought up by other Yorkshire members of the family, the three girls were bound for a new life as the adopted children of their mother’s childless sister and her husband. In a letter to me, Renee remembers clearly the long journey across the Atlantic and the fact that the chaperone who had been paid to accompany the children spent much of the journey neglecting her duties and chatting to a young man. I know very little about Renee’s parents but they were most probably under the age of 35 in 1918. Those over that age tended to be immune to the disease having developed antibodies to counter it in the earlier similar pandemic (so-called Russian or Asiatic flu) of 1889-1890.


Death Certificates and what to look for


If  - like Renee’s parents - your ancestors did die in 1918 or 1919, look carefully at the month of death on their death certificates. In Britain, the flu virus lasted from June 1918- March 1919 spreading across three continents in three phases. The first phase (from June to July 1918) was generally considered mild. Its chief victims were those under two years old, the elderly and the sick. The second phase of the disease in October and November of 1918, however, claimed a different sort of victim. This time many deaths occurred in the ranks of healthy young adults aged between 20 and 40. Indeed, nearly half of all the deaths from the flu affected those in this age group. This meant that many young children, like Renee, lost one or both parents. The third phase of the disease which struck in February-March 1919 was also vicious and produced a high death toll.


If you suspect that your ancestor died from the flu you should also take a closer look at the cause of death on his or her death certificate. Be careful: flu was often confused with other conditions, and in the initial pandemic phase, when it was still little understood, deaths were often attributed to 'PUO' (a pyrexia of unknown origin). Once identified, the disease became known as the ‘Spanish flu’ (partly because reporting of it was not subject to censorship in Spain, a fact which made it appear more virulent there than anywhere else). It was also known as La Gripe Española, or La Pesadilla and as 'three-day fever'. Remember also that many sufferers died from complications after the flu. Their deaths may have been attributed to ‘pneumonia’ or ‘bronchitis.’ Look carefully too at the records relating to your soldier ancestors. They may not have died straightforwardly from gunshot wounds, but from the flu that prevented them from recovering from injury. Finally, it’s worth bearing in mind that many survivors of the flu virus were left severely depressed. A number of suicides and murders in Britain were put down to the after effects of the flu.

Sufferers of the flu virus reported headaches, earaches, nightmares, fever, coughing spells, intense pain in the eyes and limbs, and loss of weight. In many cases, the skin turned bluish purple as a result of cyanosis caused by de-oxygenated haemoglobin in the blood vessels. This caused the disease to be known colloquially as ‘the blue death.’ In the worst cases a liquid formed on the lining of the lungs and victims effectively drowned in their own blood. With no such antiviral drugs as Tamiflu on the market, doctors could volunteer only what now seems wholly inadequate advice. Patients were requested to gargle night and morning with a solution of permanganate of potassium and common salt. A variety of other largely ineffective treatments were put forward including Oxo, quinine, Vick’s Vaporub, and a concoction of pine oil, lavender oil and eucalyptus oil. It was understood that the disease could be spread by contact between infected people. Medical officers recommended that sufferers stayed at home and got plenty of fresh air. It was recommended that cinemas and theatres be ventilated every few hours.


The Flu and the War


The flu pandemic should not be seen in isolation from the Great War of 1914-18. It  emerged at Camp Funston in Kansas, USA, in the early part of 1918. As a result, it is thought, of US troop ships arriving in Europe to support the War effort, it soon hit the trenches and field hospitals of Northern France where it spread rapidly.


art of the reason that it spread so successfully was that British soldiers and civilians were physically vulnerable after four years of fighting. In general, people were anxious, physically exhausted and undernourished – all characteristics which encouraged and exacerbated the disease. There were also thousands of people in transit and more places in which overcrowding was an issue such as in munitions factories, and on public transport.


It has been suggested that the flu may have had an impact on the outcome of the War. Certainly it affected the Germans adversely in an attack on Ypres. The British 15th and 29th Divisions were also forced to postpone their operations due to sickness. Since Armistice came just a few days after the flu reached its highest peak in November 1918, it is not beyond the bounds of possibility that this may have played a part in bringing hostilities to a close.


A Clue in the Grave


One of the most notable victims of the 1918 epidemic was Sir Mark Sykes (1879-1919), a traveller, Conservative politician and diplomatic advisor. Sykes died in a hotel in Paris at the age of 39. His body was brought back to the family seat at Sledmere House in Yorkshire and buried in a lead-lined coffin. It was the coffin that was to lead to Sykes' exhumation in September 2008. Scientists believed that it might have preserved the flu virus allowing the genetic material to be analysed and perhaps facilitating the development of an antibody against more recent strains. Unfortunately, once Sykes’grave was opened, it was discovered that the coffin had split and that his body was in a bad state of decomposition  - nevertheless tissue from the brain and lungs was sampled. Other corpses from the same period, which were preserved in one way or another – one in Arctic permafrost – have also been exhumed and investigated for the same reasons in recent years.


For my great aunt Renee, the flu epidemic changed the size, shape and geography of her family irrevocably. Now nearly 100 years old and in a nursing home in Ontario, Renee still considers herself to be a Yorkshire woman at heart and has made many journeys back home over the years to visit the grave of the parents she barely knew. There is another surprising consolation for her – a cheering example of how our family history really is always with us. Because she survived the 1918-1919 flu outbreak, modern variants of avian and swine flu hold no fear for her. Like many other nonagenarians and centenarians, she developed antibodies to the disease ninety years ago that are still be present in her bloodstream!


http://www.archiveshub.ac.uk/jan06a.shtml  Archives Hub collection of material on coughs and sneezes in history, especially the 1918 flu outbreak.


http://www.archiveshub.ac.uk/news/0601sykes.html#mark On the Sykes family of Sledmere.


http://www.bio-medicine.org/biology-news-1/1918-flu-antibodies-resurrected-from-elderly-survivors-4490-1/ On the antibodies still present in survivors of the flu.


Barry JM. The Great Influenza: The epic story of the deadliest plague in history. ( Viking; 2004)


Kolata, Gina Flu: The Story of the Great Influenza Pandemic of 1918 and the Search for the virus That Caused It (San Val 2001)


If you enjoyed this article, why not consider buying one of my family history books?


1.  Stories from Your Family Tree: Researching Ancestors Within Living Memory (The History Press, 2008) Stories-From -Your - Family-Tree;
2. It Runs in the Family: Understanding More About Your Ancestors (The History Press, 2013)  It Runs in the Family ;
3. Family First: Tracing Relationships in the Past (Pen and Sword Books, forthcoming September 2015)
4. Researching Ancestors Through Their Personal Writings (forthcoming Pen and Sword Books, 2016)